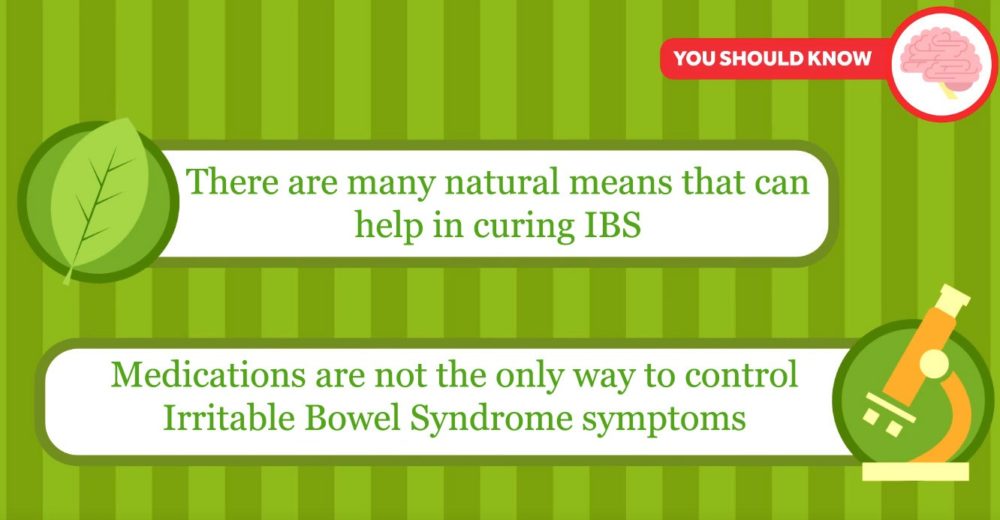 Alternative Medicine For IBS and Its Definition & Examples

If you watch the evening news, read a daily newspaper, scan the Internet, or use an iPhone or tablet, you are likely to hear or read a report discussing the merits of complementary and alternative medicine for IBS. The phrase “complementary and alternative medicine,” abbreviated CAM, has come into use to describe a broad range of therapeutic interventions, among them herbal remedies, acupuncture, naturopathic medications, and homoeopathy. In contrast, the kind of medicine practised by M.D.s is called allopathic medicine.

CAM is spoken of pejoratively by some people in both the lay and medical communities. The term alternative has been understood by some to mean “untested, unproven, unorthodox, or dangerous.” These charges are not necessarily so, and we should look at alternative medicines as just that, alternatives to the allopathic therapies. We should, however, judge alternative therapies by the same standards we judge conventional treatments with regard to safety and effectiveness. The term complementary brings to some minds thoughts of quackery or crazy ideas. However, complementary medicine should also be taken as just that, a complement to more conventional therapies. An example of complementary medicine would be the use of relaxation techniques to lower blood pressure, coupled with modern Western medications used to treat elevated blood pressure. The combination has been shown to be quite effective, often more so than medication alone.

The last two decades have witnessed an explosion in the use of complementary and alternative medicine in the United States. In the last 10 years alone, the number of people who use some form of CAM therapy has increased from 10 % of the U.S. population to 35 % of the population. Some questionnaire studies have reported that as many as 50 % of patients who have functional gastrointestinal disorders, such as irritable bowel syndrome, have used some type of CAM. This groundswell of support for CAM has occurred for a variety of reasons. Many patients are interested in using medications that they consider to be more “natural” and less dangerous than modern pharmaceuticals. Many are frustrated by the failure of Western medications to cure their health problems. Some people have a general distrust of medical technology and the medical profession. Also, in some circumstances, CAM therapies can be less expensive; they do not require a prescription from a doctor, and many people use them without consulting any health care provider. This also allows the patient to be completely in charge of her or his own health care, which has both advantages and disadvantages, of course.

Because CAM encompasses so many different therapies, it is impossible to generalize about whether they are good or bad, safe or unsafe. And because they are so numerous and varied, it is not possible to review them all here. However, in the following sections, some of the most popular therapies are described, with a note about whether any research supports their use in the treatment of IBS. We will consider acupuncture, aromatherapy, biofeedback, herbal remedies, homoeopathy, hypnosis, manipulation therapy, and naturopathy as the alternative medicine for IBS. Although probiotics used to be considered an alternative therapy, given their popularity and the fact that some probiotics have been subjected to rigorous scientific study, I now consider probiotics another sensible therapeutic choice (like other allopathic medications). Here is a list of some of the best probiotics in the UK.

This technique originated in Asia thousands of years ago. During this procedure, extremely thin needles are inserted into the skin and subcutaneous tissue (the connective tissue underneath the skin) at various specific points on the body. These points may be on the ears, the abdomen, or the legs, for example. The points are thought to be locations of energy (this energy is called qi and pronounced “chee”). The theory behind acupuncture is that energy vital to the body is distributed to various points in the body, and illness occurs when these points are blocked or disturbed. Insertion of a needle is thought to liberate the blocked energy, restoring the flow of energy and thus bringing the body back into balance.

Acupuncture is occasionally coupled with pressure (acupressure), with electrical stimulation through the needle (electroacupuncture), or with heat, which is produced by burning herbs over the acupuncture site (moxibustion). Among its uses are the treatment of addictions (narcotics, alcohol, and tobacco), headaches, hypertension, stress, nausea, and vomiting. Studies have shown that acupuncture helps combat and relieve nausea and vomiting after surgery and during pregnancy.

No acupuncture study has compared acupuncture to oral medication, nor has any study lasted as long as the research trials now required by the FDA to gain approval for a new medication. I tell my patients that, if all traditional treatments have failed, or if they don’t want to use any medication (but are open to traditional Chinese medicine), then acupuncture may be of benefit. However, I also tell them that I can’t provide any good data to support its use.

If you decide to seek the assistance of an acupuncturist, you should receive treatment only from a reputable person who uses sterile, single-use-only needles (the acupuncturist should never reuse the acupuncture needles). You should feel free to ask the person about his or her needles, training, certification, and results.

In aromatherapy, naturally distilled essences of plants are used to promote healing and positive changes in physical, emotional, and mental health. These essential oils can be applied to the skin or be inhaled. There are no studies available in the medical literature evaluating the benefits of aromatherapy for people who have IBS.

The best-studied oil involved in the treatment of IBS is peppermint oil, but traditionally peppermint oil has been taken orally, not inhaled or applied to the skin. (If you wish to try ingesting peppermint oil, you should take an enteric-coated form; otherwise, the oil may be destroyed by stomach acid.) Some studies have shown that peppermint oil, when ingested, can improve symptoms of pain and bloating in some patients who have IBS; others have shown no benefit.

Biofeedback includes any therapy in which sensors measure functions of the body (such as heart rate, respiration rate, and blood pressure) while the patient, through mental concentration, tries to change the parameter being measured. For example, patients who have hypertension often practice relaxation techniques while connected to a blood pressure monitor. Biofeedback has been shown to be successful at treating hypertension in some people. It also has helped people learn to control symptoms of anxiety. Biofeedback may improve IBS symptoms in some people, most likely by promoting relaxation and reducing stress and anxiety. There are no well-controlled trials comparing this form of treatment to standard medications for the treatment of IBS. Several studies have shown that biofeedback can help relieve constipation in individuals who have pelvic floor dysfunction, which often coexists in women who have IBS and constipation.

Herbal remedies are used worldwide. Many modern pharmaceuticals are based on traditional herbal medicines. Historical studies have documented that herbal preparations were routinely used in ancient Egypt, Rome, and Greece, and it is quite likely that many herbal agents were used long before then. Thousands of herbs have been put to medicinal uses. The most important fact to know if you are contemplating using any herbal product, even if sold under a familiar brand name, is that herbal medicines are not required to undergo safety testing or rigorous scientific testing to determine efficacy prior to being marketed to the public. Before using any herbal preparation, you should read about it in more than one reputable information source. There may be side effects you should know about or potential serious interactions with foods or other medications. Remember, if the substance is strong enough to have a positive effect on your body, it is strong enough to have a negative one. For example, although herbs such as kava, chapparal, and Yohimbe were recommended in the past to treat a variety of illnesses, all three of these herbs were found to cause liver damage, which in some cases was severe enough that it led to liver failure and death. Although herbs are natural, they can be dangerous and even deadly (just as allopathic medications can). The reception of Ambien Zolpidem (especially long-term) can lead to the formation of physical and / or mental dependence, the risk of which increases with increasing dose and duration of treatment, as well as in patients with a history of alcohol abuse or other drugs and non-medicinal substances. Such patients should be closely monitored during treatment. However, dependence (very rarely) can also occur when using therapeutic doses and/or in patients without individual risk factors.

Common herbs and a few of their uses include saw palmetto to treat prostate enlargement, ginger for nausea, aloe for constipation, garlic for its antibiotic properties, gingko to increase memory, peppermint oil for abdominal pain, and St. John’s wort for depression. Although these herbs are widely used, most clinical studies do not demonstrate any significant benefits from any of them. One large American double-blind, placebo-controlled trial showed no significant benefit of St. John’s wort when compared to a placebo. Some of the herbs that should be avoided or used only with great caution and under the direct supervision of a physician.

Homoeopathic medicine is rather counterintuitive. It uses a tiny amount of a specific substance that would normally cause the symptom that is being treated. An extremely dilute (that is, watered-down) solution of the substance is ingested, and it is thought to promote healing by the body itself. There is very little scientific evidence to support this type of therapy. No medical journal in the United States that is peer-reviewed (meaning that the articles have been read, reviewed, and approved by scientists or physicians who are considered experts in the field) has accepted an article on homoeopathy for publication. One point at issue is that the substances are so dilute that critics suspect there is no active ingredient left in the solution. At present, there are no known trials on homoeopathy and IBS.

Hypnosis has been used to treat many medical problems over the centuries. It is generally considered safe. Positive effects on IBS symptoms have been reported and may relate to a calming effect and a reduction in stress and anxiety.

This category includes a wide range of therapies, most of which are essentially massage therapy. The general theory is that manipulation of muscles, tendons, and subcutaneous tissue promotes healing by releasing blocked energy and toxins. Various forms include reflexology, Rolfing, shiatsu (a combination of acupressure and massage), Swedish massage, and trigger point therapy. Manipulation therapy has generally been shown to be safe and effective in relieving muscular stress, pain, and fatigue. It nearly always has a calming effect on the patient and so could be beneficial if anxiety is a factor contributing to a person’s IBS symptoms. At present, there are no well-controlled trials on manipulation therapy and the treatment of IBS.

Naturopathy is not a single therapy but rather a philosophy that emphasizes nutrition, the use of herbal remedies, manipulation, and relaxation techniques to release the body’s inner vitality. No controlled trials exist comparing naturopathic approaches to the treatment of IBS to conventional medical therapies. Because naturopathy represents a combination of several different types of therapies, objectively assessing its benefits in comparison to any other single therapy will be difficult. However, it seems to be common sense that eating a healthier diet, performing relaxation techniques, and massaging sore and tired muscles will normally improve one’s overall health and outlook on life.